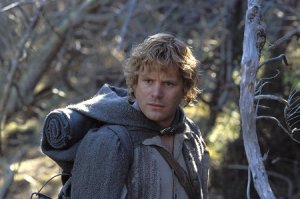 i was at this point this past week after packing up four months worth of stuff into two very full bags and saying good bye to the girls who loved and supported me during this fourth months in australia. i was suddenly alone.

the familiar parts of the gold coast no longer seemed so friendly and fun when i was alone. the breathtaking beauty of new zealand wasn’t as awe inspiring without friends to exclaim about it with. all the same, i found myself there- alone with a rental car and an entire island to explore.

at first i was terrified: scared of my very thoughts, scared of the silence that ran thick through the air when i could not stand one more commercial on the lone radio station. i decided to be overly responsible and drive with both hands on the steering wheel, only stop at pull offs, and no singing out loud lest people think i was crazy. never mind the fact that no one can hear through a car door anyway and the south island does not even have enough people to hear me shouting at the top of my lungs.

i respected these rules for the first few days or so while i drove like a maniac trying to do and see it all. i quickly realized, though, that all the rules i had implemented were simply making me crazy and making me count down the days until i went home. by the third day, rules (and itineraries) went out the window. i drove where i wanted, sang out loud with the windows down, and pulled off the road whenever i saw a photo opp. i’m sure people were frusterated with my touristy driving and would pass me all the time, but i did not care. now, this is not the most sane and reasonable way to see a country, but it worked for me.

that’s about the time this running down the trail thing happened. i had hiked (or tramped as they say) so many tracks wandering along, appreciating the view and being a ‘normal’ hiker. so, when i arrived at this particular trail head, the scenary looked straight out of lord of the rings and not a soul was around. so, with nothing but my runners, some shorts and a long sleeve tee, i decided to take advantage of this opportunity.

i wanted to feel like merry. i had a always liked him the movies and wanted to know just how he felt when he ran through the forest. so, i took off running, trying to imitate his same goofy face and sense of urgency. i ran and ran, pretending to hide in bushes and worry about coming dooms. i even talked out loud in the voice he would use. and of course, sanity thrown out the window, it was the best hike of the island. simply freeing.