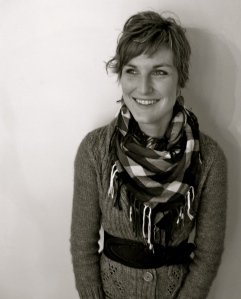 I grew up in Grand Rapids, Michigan. I love the fact that my surroundings there so often reflected the seasons of life, from brutal winter to the most delightful summer. In 2014 my husband and I moved to Portland, OR arriving after a year of traveling around the United States with him as a travel nurse and I as a remote worker.

In August 2016 we moved to London for my job. Since living in England, we are taking in the most of Europe has to offer by trying to find trails and mountains to tend the side of ourselves that needs the outdoors and drinking our way through the continent via espresso and beer.

I wish I was more flexible physically and emotionally. Instead, I run all over the place which makes the physical flexibility much worse. I’m not particularly graceful either, but i blame my Dutch blood on that, though after a visit to The Netherlands, there is so much to love I’ll forgive my ancestors on that front. I strive to see the world in a more inclusive, insightful and creative way.

One thought on “about”